The publisher kindly offered me a reader copy via Edelweiss. Yet, this is an honest review of the book expressing my unbiased opinion.

I’m trying really hard to come up with words to type in this review. Star Daughter is pure magic. It’s as heavenly as the skies and the palace in Svargalok. There are so many things I loved about this book I’m having trouble gathering them into a cohesive train of thought. But here it goes…

First of all, the representation!!! It is inspired by Hindu mythology! It has a f/f relationship! Desi people, gather round because this beauty is all about you, for you.

Second of all, there’s a love interest for the main character, Sheetal, and we’ll see that relationship evolve throughout the book, but I really loved the fact that it wasn’t the focus of the book. This story is about a girl who has never felt like she belongs, who has always needed to hide who she is. This story is about a girl coming to terms with who she is and her place in the world. As a person who has felt like she was torn between countries and cultures, Star Daughter means the world to me because it captures that reality and reflects that tipping point: “Am I this or am I more of that?”

Third of all, all the side characters give nuance to the story and every single one of them feels well-developed and fully fleshed out. Sometimes, especially in fantasy books, you get the feeling ‘We didn’t need that character. They could go.’ But in Star Daughter, the characters only make you want more. You want to learn more about them.

In other words, you want to be part of the star court. You want to BE in that world. Which brings me to the fourth and perhaps most outstanding of all–the world-building. Holy moly, Shveta Thakrar is a world-building mastermind. She weaves Hindu mythology and culture into her own fantasy world effortlessly like the brilliant storyteller that she is. I never felt like the setting descriptions were too much or too little. I just consumed every detail with grace and gratitude. I’m not a setting-fan as a reader or writer, so for me to say how amazing, creative, incredibly well-written it was, it speaks volumes. I always felt like I was there, almost close enough to touch the stars–literally.

Also, as a writer, I’ve studied story structure a lot, and as a reader, I’ve read a LOT of fantasy books, but Shveta really is a brilliant storyteller with a distinct way to tell a story who twists and tweaks the rules and guidelines of all these craft books.

It’s only January, but I feel confident enough to say: If you only read one debut this year, READ STAR DAUGHTER. 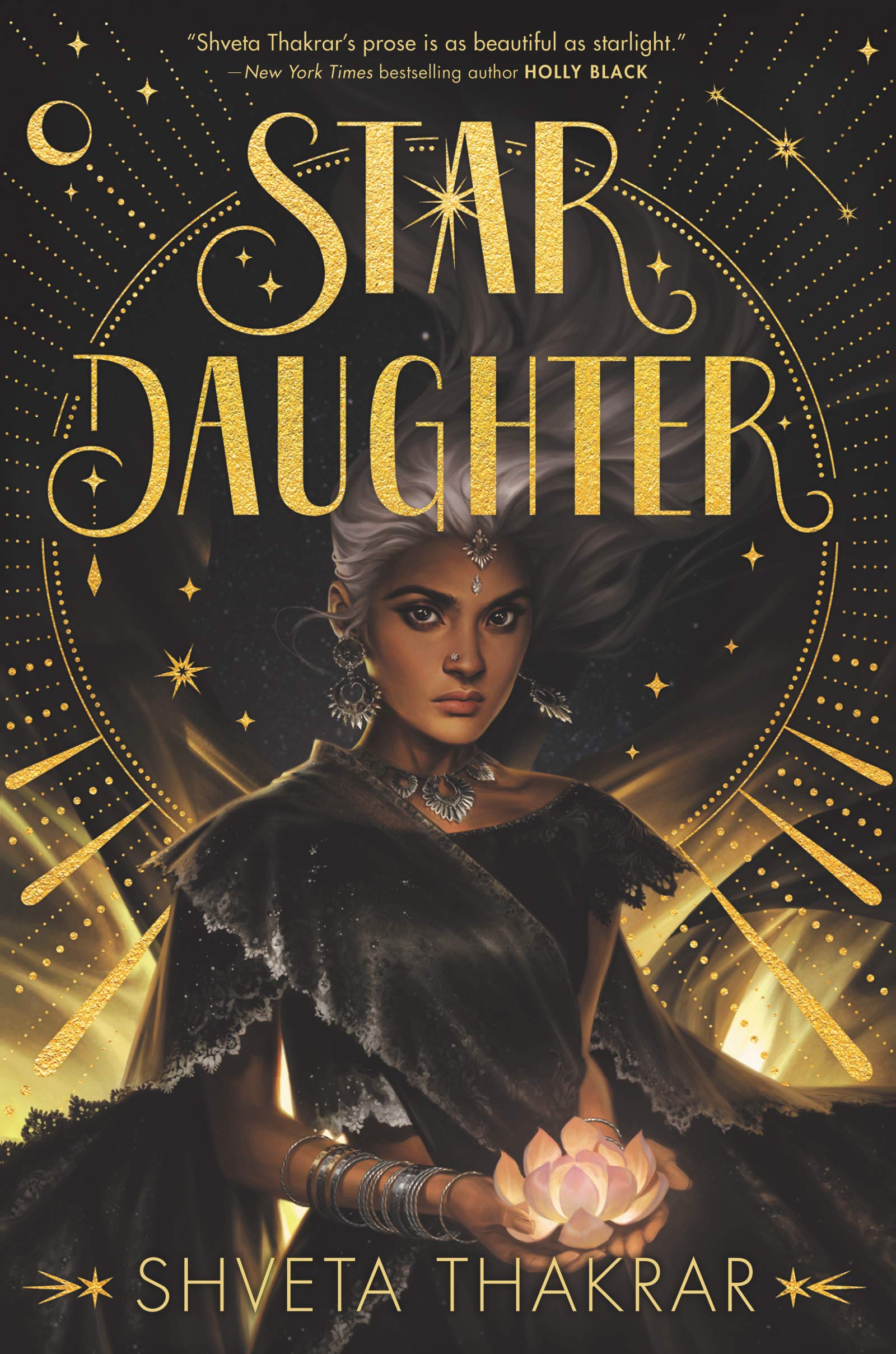